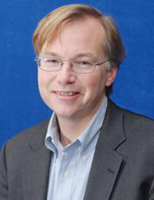 The Committee on Creative Writing wishes to extend its continued gratitude to Robert Vare.

In 2000, UofC alumnus Robert Vare (A.B. ’67, A.M. ’70) approached John Boyer, the Dean of the College, with the idea of starting a Writer-in-Residence position at The University of Chicago expressly devoted to nonfiction.

Chicago has had numerous writers-in-residence over the years–in fiction, poetry, and playwriting—but this was the first time that the university had given this kind of recognition to nonfiction writing as an intellectual discipline and art form.

The program, which operates under the aegis of the Committee on Creative Writing, brings to campus a different nonfiction writer of unusual accomplishment every academic year to teach one writing course for one quarter. The syllabus, structure, and content of the course is entirely up to the individual writers-in-residence, though all courses have a strong workshop component and provide students with opportunities for significant hands-on writing experience. While on campus, Vare Writers-in-Residence are encouraged to make full use of campus resources and to participate in the University community.

The program has proven to be a great success with students and faculty, as well as with rotating writers-in-residence themselves. Previous writers-in-residence have noted how gifted and highly motivated their Chicago students have been. David Hajdu called them the best he’d ever taught and described Chicago as “the fulfillment of my dream vision of what a great university is.”